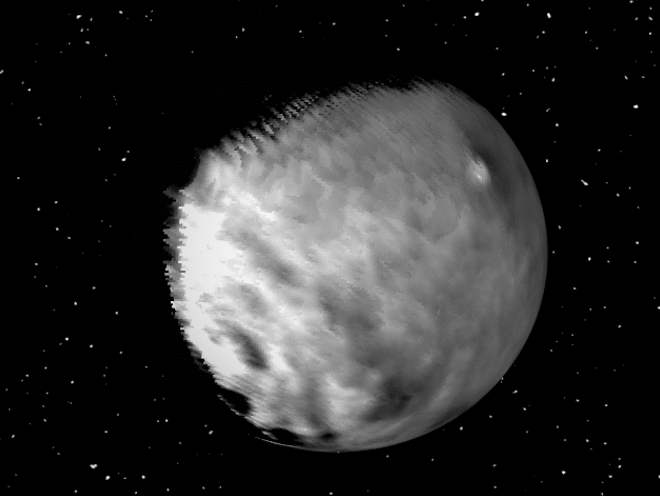 NASA’s Dawn spacecraft is about to get up, close, and personal with Ceres, a dwarf planet that’s been lurking in the asteroid belt. As it approaches, Dawn has been snapping some amazing images of the rock, and it just took some of its highest-resolution photographs yet.

Not content with releasing them as still images, NASA turned them into a movie, a spinning recreation of what most of Ceres’ surface looks like. The images were taken when Dawn was 90,000 miles away; they have a resolution of 8.5 miles per pixel, making them the sharpest photos yet of the dwarf planet between Mars and Jupiter. (Take that, Hubble)

Of course, things are only going to get better from here. Dawn will enter orbit around Ceres in March, learning more about this crazy space rock. With a diameter of 590 miles, Ceres is the largest object in the asteroid belt, a though it’s both an asteroid and a dwarf planet, some scientist think it may actually be worthy of full planet status.