Move over, quarters, kottabos is in the house, thanks to additive manufacturing 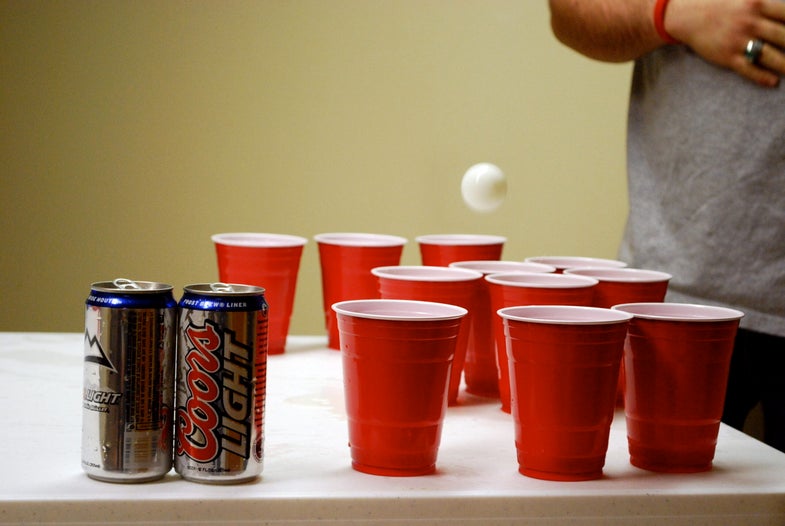 For the most part, people love a good drinking game. We’ve taught robots beer pong and we’ll even watch celebrities play them on TV. So it really shouldn’t be a surprise that our ancestors partied as hard as we did.

Sharpe had her students try to recreate the game, which would have been played during Greek symposia–parties that involved poetry, conversation, and a whole lot of wine. Kottabos players play the game by lounging on couches and throwing the last dregs of the wine in their cup at a target in the center of the room. (You can watch a rather long match played by some Italian reenactors on YouTube, because YouTube has everything.)

Re-creating the drinking vessels was one of the technical challenges for Sharpe. Traditionally, the game was played with a cup called the kylix a wide ceramic cup with small handles, often painted with raunchy decorations on the interior. They are also fairly fragile with the ancient versions requiring careful reassembly.

To prevent inadvertent breakages with ceramic vessels, Sharpe teamed up with a ceramics professor to recreate an exact replica of the vessel using a 3D printer. It isn’t the first time that archaeologists have turned to 3-D printing–some are now using the technology to create replicas of fragile artifacts that can be handled by visitors to museums and archaeological sites, while others are using 3D printers to fill in the gaps of damaged artifacts, making them easier to display.

But the biggest way that the reenacted drinking game varied from the original didn’t involve the nature of the cups, but rather what was in them. Because of school rules, the participants substituted grape juice for wine.

“It would be fun to actually experiment with wine drinking,” Sharpe told Live Science. “Of course, this was a university event, so we couldn’t exactly do it on campus. But really, to get the full experiment, it would be interesting to try it after having a kylix of wine, or after having two kylixes of wine.”