A 3D-Printed Stormtrooper Lands At CES 2016 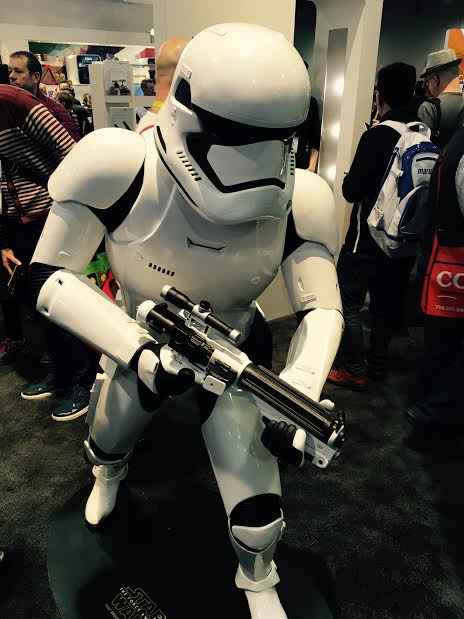 3D Systems at CES 2016 may have the coolest print of all. Xavier Harding
SHARE 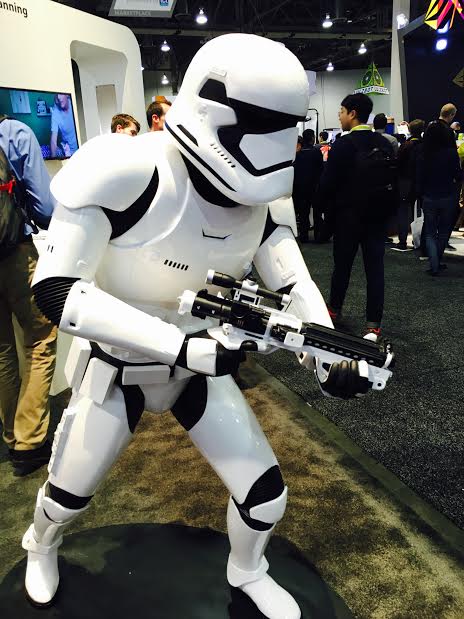 Could it be Finn?

If you’re looking for 3D printed objects at CES, you’ll never have to look far. But 3D Systems may have the coolest printout of all—an entire Stormtrooper.

The company Anovos used 3D Systems scanners and printers to bring to life the classic villain of the Star Wars universe.

“We’re the Star Wars 3D-printing company of choice,” Karl Meyer tells us, Vice President of Entertainment with 3D Systems. “We’re the first group to take 3D scanning and 3D printing on set to create visual effects, models and consumer products.” Meyer goes on further to say they’re involvement with Star Wars latest film, The Force Awakens, “There’s a lot that goes into making the stormtrooper outfits seen in the movie. The parts that were 3D-printed were done using our products.”

The model seen at CES 2016 is merely a statue. But the level of detail brings plenty of life to the 3D-printed unit on its own. We fully believe it won’t be long until it removes its helmet and joins the rebellion.