A replica of a deadly weapon helps justice to be served 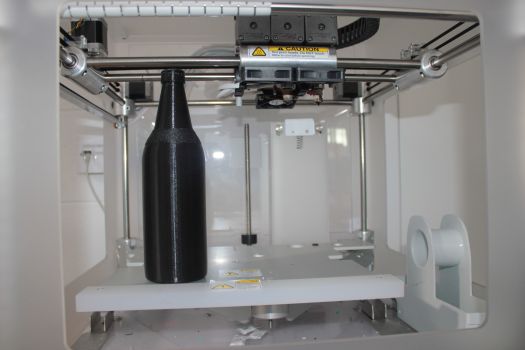 In the wee hours of June 6th, 2014, two men lined up to summon a taxi. One was a 42-year-old father of three named Lee Dent, who ran a used tire shop and had been out drinking. The other was 17-year-old youth soccer player Alex Peguero Sosa, who was planning to attend university. An altercation ensued, a bottle broken, and at the end of it, Peguero Sosa was dead, stabbed in the neck by the broken bottle.

Dent claims that he did not realize he was holding a bottle when the conflict ensued. To analyze whether the stabbing was intentional, the prosecution wanted to see how Dent held the bottle. Only one complication: At what point in the trial is it wise to hand an accused murderer the weapon used for the crime? Instead, the prosecution asked nearby City College Plymouth to print a replica of the murder weapon.

Because the 3D-printed version was intact and plastic, it allowed the court to safely see how exactly Dent had wielded the weapon without handing him another deadly weapon.

At the trial, Dent plead not guilty to the murder. After a two-week trial and eight hours of deliberation, the jury rejected Dent’s version of events. Dent was sentenced to 22 years for the murder of Alex Peguero Sosa.