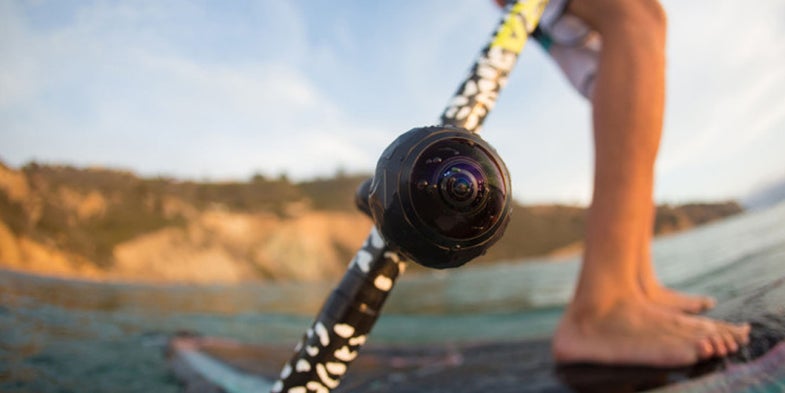 Virtual reality can transport you to somewhere you’ve never been. But the technology can also be used to relive great moments. The 360fly HD Video Camera helps you capture your adventures for later VR viewing with a super-wide lens. This tiny 360-degree camera also lets you share videos online with a tap. Right now, it’s just $69.99 at the PopSci Shop.

As the world’s widest single-lens camera, 360fly offers an incredible view of the action. The device captures crisp footage and stunning 360-degree photos with no stitching lines.

Weighing in at 4.8 ounces, 360fly is easily small enough to fit in your pocket. You can start recording at the push of a button, and the device can store up to three hours of footage. The companion smartphone app works as a viewfinder for the camera, and you also get a range of neat editing tools.

The camera is shock-proof and waterproof, making it ideal for extreme sports. It’s also great for vloggers—you can export and upload your footage to YouTube and Facebook in just 90 seconds.