3 Things To Look For In The Bigger, Safer, More Energy Efficient Port Of The Future

Will there be robots? Of course 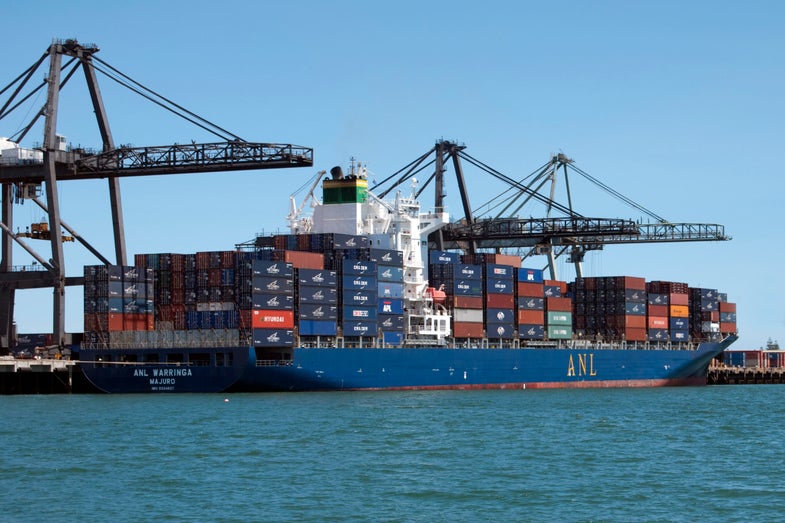 Right now, a backlog of container ships stretches off to the horizon off the California coast. The hold up is a massive labor dispute tying up operations and goods at 29 ports.

The whole situation shows how fragile our shipping infrastructure really is. We rely on it for everything from food to holiday staples, but pull on one shipping lane, and the whole sweater of commerce unravels.

And it isn’t just human disagreements that can cause a snag—weather has also been known to delay shipments, especially to islands like Iceland which suffered a lemon shortage last month, and storm damage last week delayed a shipment of cargo to Guam.

Here are three innovations that might make the ports of the future better than the ones we have today. They won’t make weather problems or labor disputes go away, but they could make other aspects of the shipping industry go a little smoother

Last year, researchers at MIT developed robot security guards, shaped like a football that could patrol the hulls of ships while they are in port, looking for contraband by using ultrasound technology.

Getting Bigger All The Time

Currently, the Panama Canal is going through a massive makeover, set to be unveiled in 2016. The canal’s additional set of locks will allow much larger ships to travel from the Caribbean to the Pacific. In response, ports around the world are also starting some very expensive renovations, spending billions of dollars to widen shipping channels and deepen harbors. The change will mean ships capable of carrying roughly 15,000 containers instead of 5,000 could become the new normal, boosting shipping capacity.

The Port of Long Beach, one of the centers of the labor dispute in California, isn’t doing so well right now, with its current backlog of ships. But the Journal of Commerce reports that the head of the Port has bright visions for the future, including generating enough clean energy from wind and solar to make the facility self sufficient in terms of electricity, and reducing emissions of idling ships to almost zero.