NASA Is 3-D Printing Tools In Space Like Crazy

Wrenches, and sample containers, and extruders, oh my 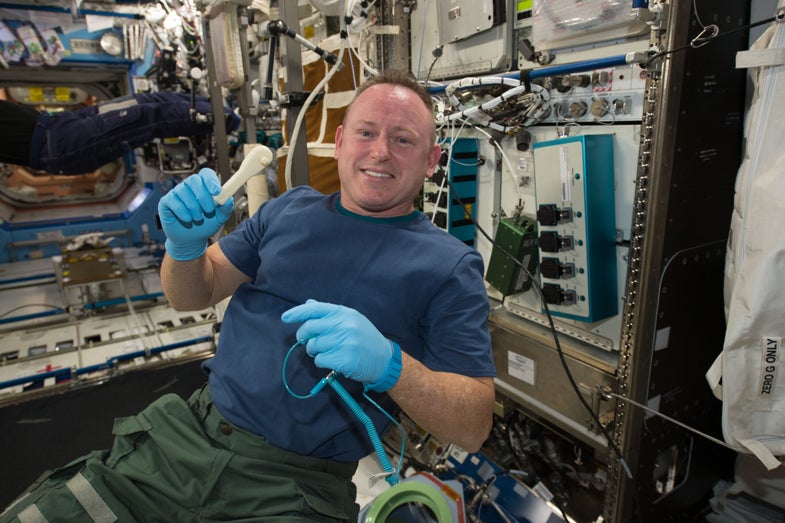 Astronauts on the ISS began printing objects on a specially-designed 3-D printer last month. They started small; the first object printed was a component of the printer itself, emblazoned with the logos of NASA and Made in Space, the company that built the printer.

Now, a month later, the printer has produced 20 objects based on 13 different blueprints, including one design for a ratchet wrench that was created and transmitted to the space station electronically.

“For the printer’s final test in this phase of operations, NASA wanted to validate the process for printing on demand, which will be critical on longer journeys to Mars,” Niki Werkheiser, the station’s 3-D printer program manager at NASA’s Marshall Space Flight Center, said in a press release. “In less than a week, the ratchet was designed, approved by safety and other NASA reviewers, and the file was sent to space where the printer made the wrench in four hours.”

That speedy time is the biggest advantage of 3-D printing in space. Currently, everything the astronauts have on board the ISS was brought there from Earth, and everything that the might need has to be transported there via spacecraft–meaning it could take months to get a replacement part. With 3-D printing, those supply lines become less constrained.

According to Werkheiser, the wrench will not be used in space. Instead it is a proof of concept, and will come back to Earth on the next return voyage for intensive testing of the wrench’s structural and mechanical properties. If all goes well in testing, maybe the next generation of 3-D printed tools will actually see some action on the ISS.