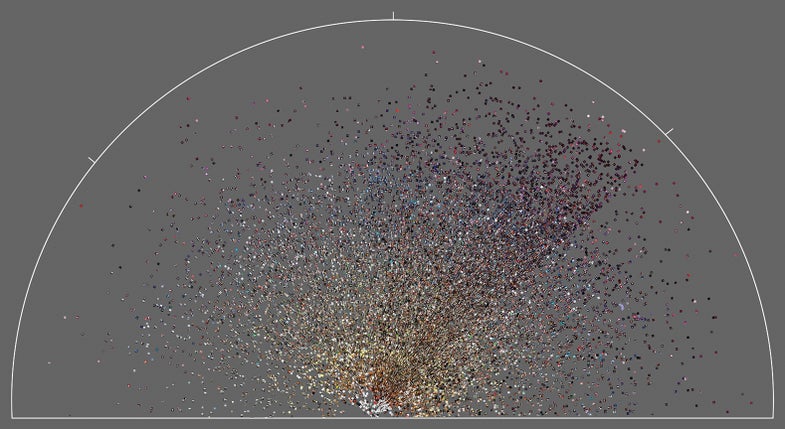 Data collected by citizens and posted publicly can create a portrait of a city. This graphic, part of a larger multiuniversity collaboration called Phototrails, shows Instagram photos from Brooklyn, New York, during Hurricane Sandy. The designers arranged the snapshots by time, with the 24-hour period during which the storm made landfall running along the arc. Lighter images appear toward the center. A flurry of photos—noticeably darker than those that came before—appear just below center as the borough lost power. 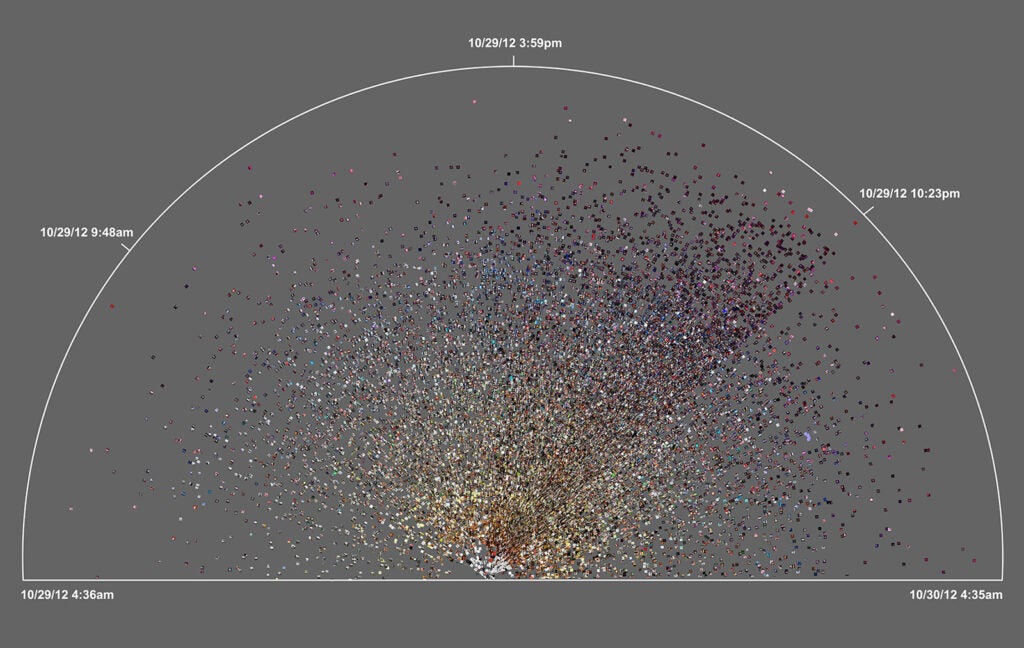