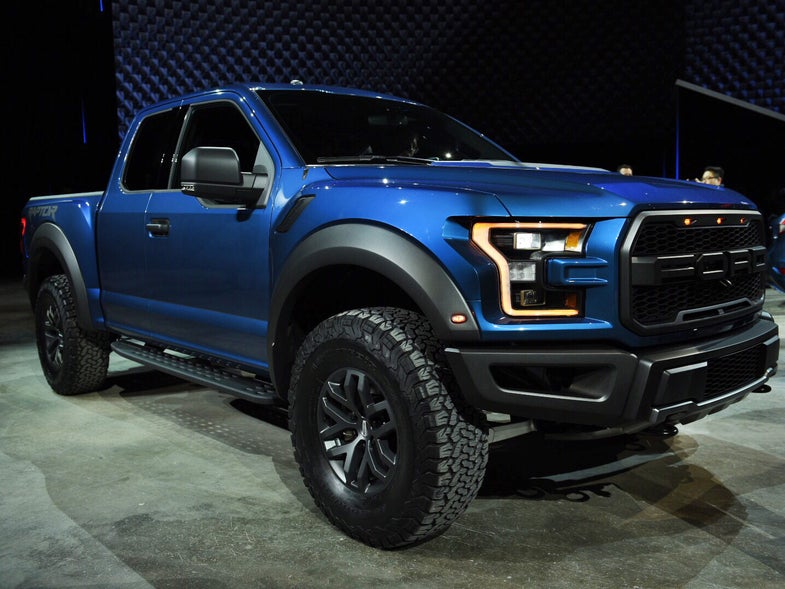 Ford made a huge splash this morning at the North American International Auto Show in Detroit with a trio of new and noteworthy models: 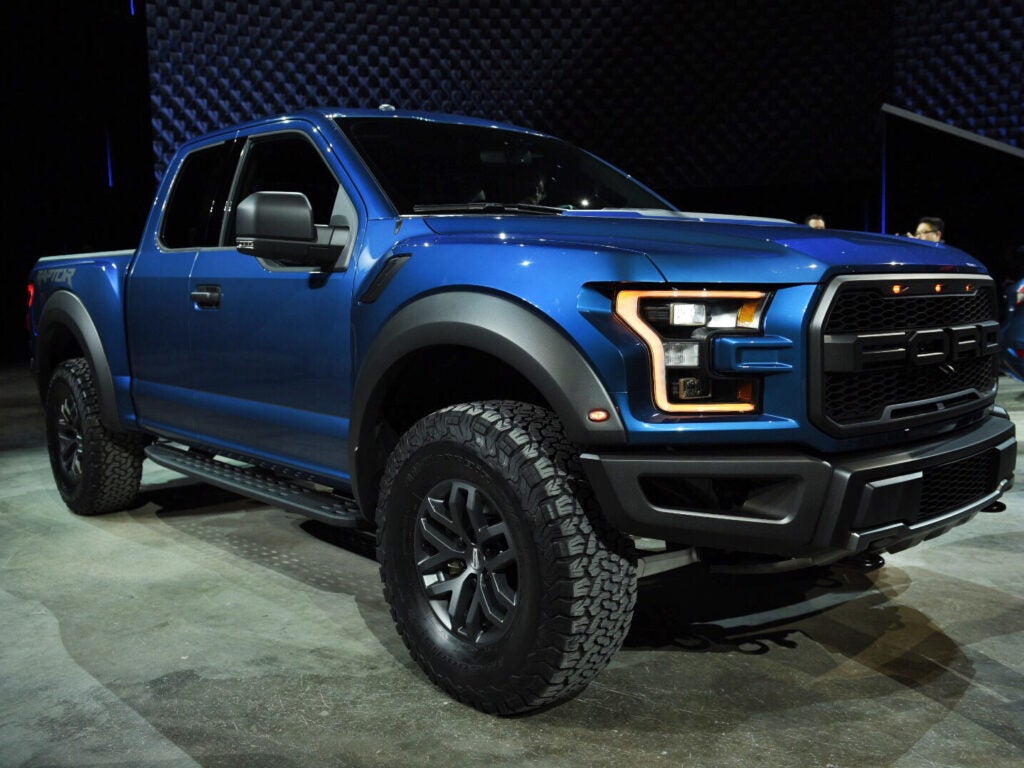 The F-150 Raptor is an aggressively tuned off-roader that garners Ford plenty of street cred (“dirt cred”?) among the rock-crawling crowd. The new model comes with a 10-speed transmission, suspension improvements to help it tackle a more types of terrain, and—most notably—a switch to a turbocharged V6 instead of the traditional V8. Purists may cringe at the idea, but the truck’s new 3.5-liter Ecoboost engine will produce more horsepower and torque than the previous Raptor, along with better fuel economy.

Ford’s new Mustang Shelby GT350 R is a stripped-down, track-tuned, street-legal racecar. Unlike the Raptor, the Shelby will keep its V8, which will crank at least 500 horsepower and 400 pound-feet of torque. The car also introduces Ford’s first magnetic ride suspension. Don’t expect air conditioning, rear seating, or comfort, for that matter—this car is all about speed.

Arguably the biggest announcement in Ford’s conference today was the revival of the Ford GT. This vehicle looks more like a contemporary supercar than its cherished predecessor: The GT has a mid-mounted 600-hp EcoBoost V6, scissor doors, a dual-clutch gearbox, and a carbon-fiber body on top of an aluminum chassis. Ford says they’ll put the vehicle into production next year, which seems fast. No arguments here… We can’t wait to take one for a spin.